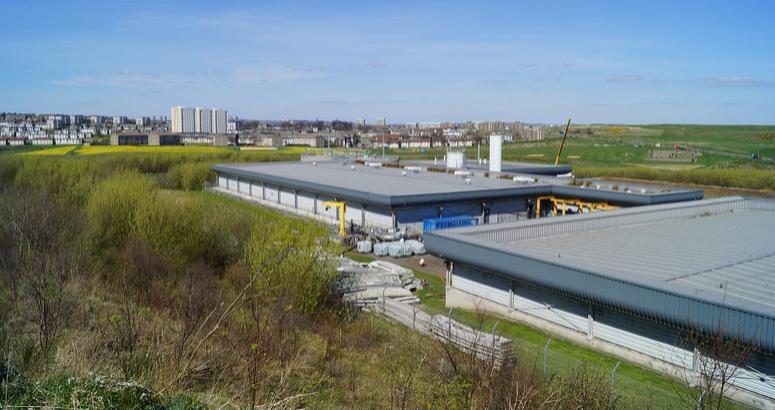 If we took a short trip forward in time to 2040, and then looked back at how some organisations in the water industry successfully achieved Carbon Net Zero, it’s likely you’ll see a large four-letter word: NIGG.

This Scottish Water treatment centre in Aberdeen is currently leading the way as a centre of excellence for biogas production (from sludge), with its dedicated team tirelessly focused on improving efficiencies.  This is a place that believes in 'better'. It is also the first wastewater treatment plant in the United Kingdom to successfully co-digest.

The Nigg Wastewater Treatment Works, which was built in 2002, has made some significant steps forward since Scottish Water took over ownership and operation in December, 2018;    working with Cambi to upgrade the existing THP (thermal hydrolysis process) and importantly, installing a new digester mixing system, from Landia.

From initially producing 250 cubic metres of gas per tonne of dry solids, levels have increased; first to 350, and has now climbed to an impressive 400 – 420.

The 400-plus figure is also being achieved without unlimited, costly power. Typically, if standard propellers were in use, around 17 watts per cubic metre would be required, but with the Landia system running at what amounts to less than 12 hours in a 24-hour period, only 7 watts per cubic metre are needed for the anaerobic digester mixing.

These latest numbers (at a site that has a small footprint for its energy output), are very much the result of fine-tuning and regular dialogue, as Nigg’s Operation Team Lead, Ewan Dickie, explains: 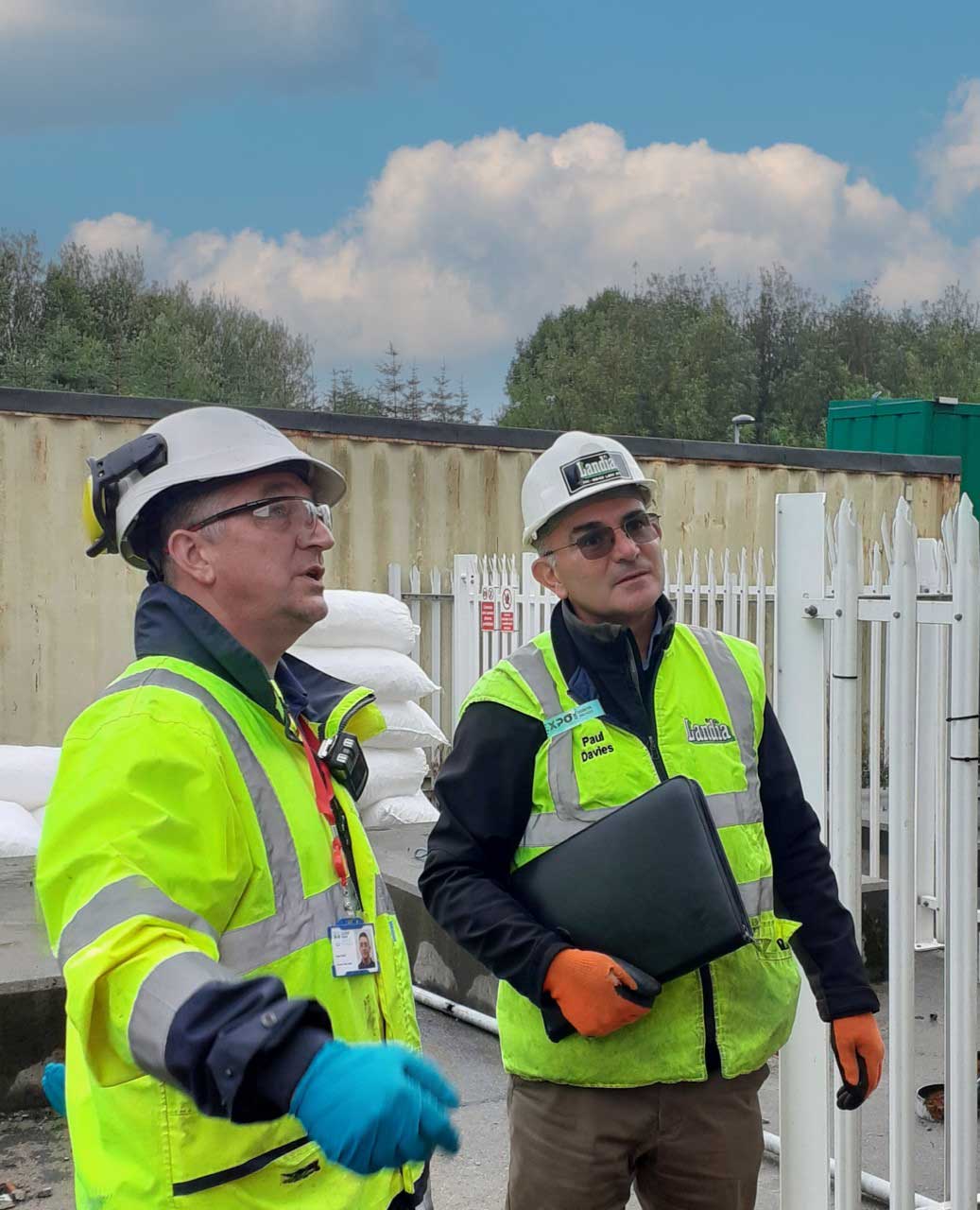 "It is imperative that we understand the equipment and processes in front of us", he said.

Prior to the upgrade, the facility had switched off the old compressor mixing system that had all too regularly caused problematical pipe blockages. The clean-out of the digesters for the upgrade revealed that 45% of the volume had been lost to grit and heavily compacted sludge.

"Now," added Ewan, "we have an extremely robust mixing system that comprehensively mixes our two 4000m3 digesters. We don’t get any problems. The mixers just sit in the background, working away. The equipment is also so much easier to maintain, because it’s externally-mounted".

Further evidence of Nigg proving how much energy from sludge can be produced at a wastewater treatment facility is its use of the biogas and heat from the Combined Heat & Power units (CHPs) for the site’s new boiler. £0.5M pa is now being saved on fuel oil. Two years ago, the original target set for utilising the CHPs (supplied by Clarke Energy) was 56%.  It now stands at 73%. The CHPs were producing around 80% of the power required to run the site at Nigg. That figure has improved to the point where most of the time, Nigg is now exporting surplus energy to the National Grid.

In addition to the intake from a local population of around 300,000, Nigg imports sludge cake from a further six Scottish Water wastewater treatment centres, and has commercial waste delivered from approximately 30 tankers per day.

Since the introduction of the Landia digester mixing system and the upgrade of the Cambi THP, CO2 emissions have more than halved. The amount of biogas being produced has risen by more than 30%.  In the first stage of the digester mixing process, the liquid (or sludge) is injected into the upper half of the tank, whilst biogas is aspirated from the top of the tank and mixed into the liquid. This not only has the benefit of reducing buoyancy at the surface of the liquid, but also sees the rising gas bubbles continue to mix after the pumps are switched off.

Cambi’s proven Thermal Hydrolysis Process (THP) exposes sewage sludge at Nigg to high temperatures (160oC to 180oC) and pressures (about 6 bar), typically for 20 to 30 minutes for each batch to ensure pathogen kill. Sterilised and hydrolysed sludge is passed to the flash tank, which operates at atmospheric pressure. The sudden pressure-drop leads to substantial cell destruction of the organic matter in the sewage sludge, which is then cooled to its optimum temperature before it is fed to the digesters.

Based on the proven ongoing success of Nigg’s biogas production, Scottish Water is considering the development of a further six sludge-to-energy facilities, which would represent a giant leap towards achieving the net zero target by 2040; five years earlier than the goal set by the Scottish Government.

One shouldn’t be blasé about hearing the word ‘innovation’ in the water industry, but some would argue that it has become so overused that it has begun to lose its real meaning due to static purchasing habits. Nigg though is full of innovation, with constant, gradual progress, according to Simon Wrigglesworth, Operations Director for Scottish Water Grampian.

"We’re all for genuine innovation", he said, "but sometimes it’s not just about new technology; it can be about doing something differently. Cambi’s THP has been around for over 20 years, and the chopper pump, which is a key part of the digester mixing system, was invented by Landia back in 1950".

"We had a need for proper mixing and now we have it", said Relina. "It is important that we have experimented with different run times – and now I’m very happy with the gas yield of between 400 and 420 (cubes of gas per tonne of dry solids) that we’ve now reached. Over the past two years I have worked closely with Tony Challinor at Landia. We never have to wait for answers and feedback. There haven’t been any issues with the mixing system- and though it might sound like a small point, the Landia service engineers always clean up properly after themselves and leave everything tidy. We work well together".

From what has been learned and continues to be learned at Nigg, the prospect of Scottish Water developing six additional similar sites will be a landmark for the water industry in what can be achieved with sludge when optimising biogas production.

Simon Wrigglesworth added: "We’ve come a long way with Nigg already. The water industry rightly has to focus on achieving regulatory compliance, but we’re always looking at how we can maximise the generation of green energy, in order to meet our commitment to reducing and ultimately eliminating carbon".