A piped digester mixing system that utilises pumps made by Landia is helping Biogen with its successful new £5M food waste to green energy operation near Caernarfon in North Wales.

A further two MPTKs resuspend grit (when existing diffusers are not running) by the use of a pressurised ring main with four jetting nozzles, equally spaced around the base of a tank containing 9% dry solid digestate.

At a maximum particle size of 12mm (temperature 60ᵒC), digestate at dry solids 8% is also pumped by two more Landia MPTK chopper pumps at a flow rate of 36-72mᵌ/hour at a maximum total head of 15m.

In addition to renewable electricity (for 700 homes), Biogen’s GwyriAD AD plant also creates high quality biofertiliser for farms in the Gwynedd region, as well as helping the local council make a major reduction in the amount of waste sent to landfill.

Landia UK, which is celebrating its 20th anniversary in 2014, also has its pumps and mixers in operation at Biogen’s Milton Ernest plant in Bedfordshire, where renewable energy is generated from pig slurry and food waste. 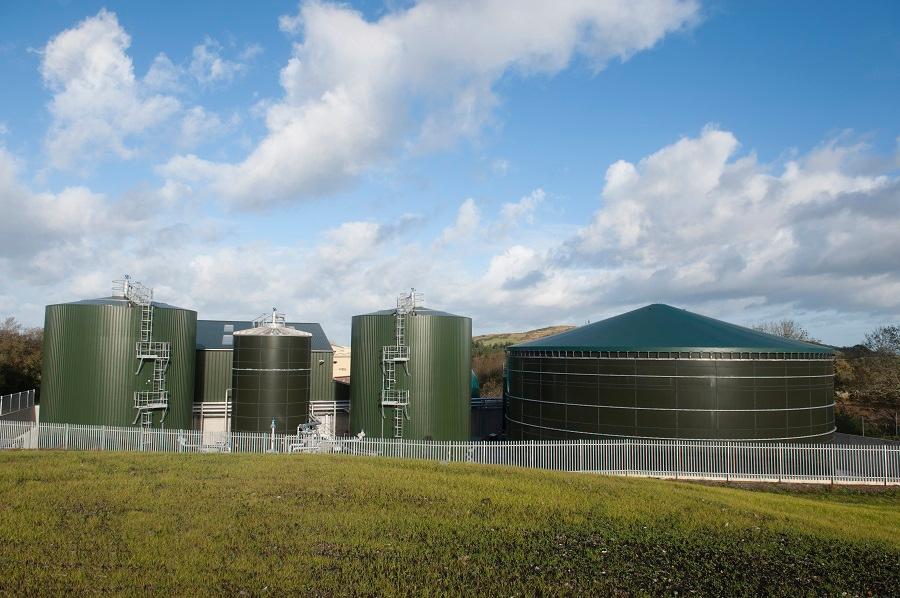